Cider production has a long history and tradition in Norway, especially in the regions of Hardanger and Sogn.  Documentation of growing fruit has been found dating back to the 13th century.   It was the Cistercian monks who first planted apple trees in the region.

In Hardanger,  the production was considerably large in the period between 1890-1920.  In 1921, however, stricter laws were put in place around the sale of alcohol, and the following year Vinmonopolet (the Wine Monopoly) was founded.  That shut the cider factories down, but the traditions lived on in people’s cellars and outhouses.   The cider produced in the homes were of varying quality, and often sweet and high in alcohol.

Throughout history, it was often the women in Norwegian village who were responsible for creating recipes from fruit and berries that would last throughout the winter.  In Mrs. Henriette Schønberg Erken’s cookbook from 1914 “Stor kokebok for større og mindre husholdninger” (Big cookbook for larger and smaller households), there are many recipes on how to make wine from fruit. (Balholm.no)

In Hardanger today,  the cider tradition has come back alive full force and production is bustling.  Some farmers produce cider merely for their own consumption, while man others have a license to sell their ciders.

Cider sales have increased in Norway by 60% from 2010-2014 and is indicative of the growing popularity of this drink.  In the summer of 2016, a new law was passed that allows growers to sell cider containing up to 22% alcohol direct to the consumer.  Previously, they could only sell beverages with maximum 4.7% alcohol, but it’s between 6-8% alcohol that the best apple taste is achieved.   Due to these new rules,  there is a growing and thriving industry in Hardanger, Norway’s most famous fruit region.

In the early days,  it was typically the lower quality, “ugly” and unripe apples that the farmers couldn’t sell to customers, that were used for cider production. Today, however, it’s often the very finest quality apples that are selected.  There are several varieties of apples that are considered ideal for cider,  including Gravenstein, Aroma and Torstein – but there are also loads of other new and old varieties that are being experimented with. 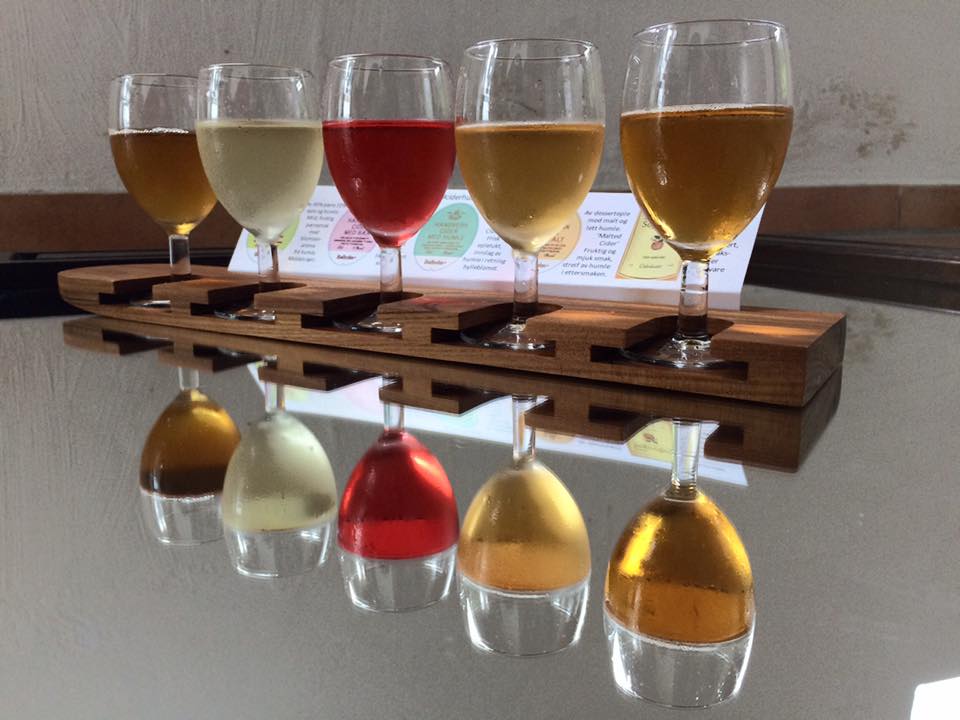 In Balestrand in Sogn, lies the well known Cider House,  a family run business which produces cider from fruit from their own organic garden.   The cider is served in their restaurant, which offers food made from local ingredients.  Other than cider, they use their apples to make dessert wines and fruit “drams”.  They also offer tastings to the public, as well as classes on cider as well as cooking classes.  A trip to the Cider House is included in the Norwegian Vegan Trail trip I announced in my last blog post, definitely check that out! 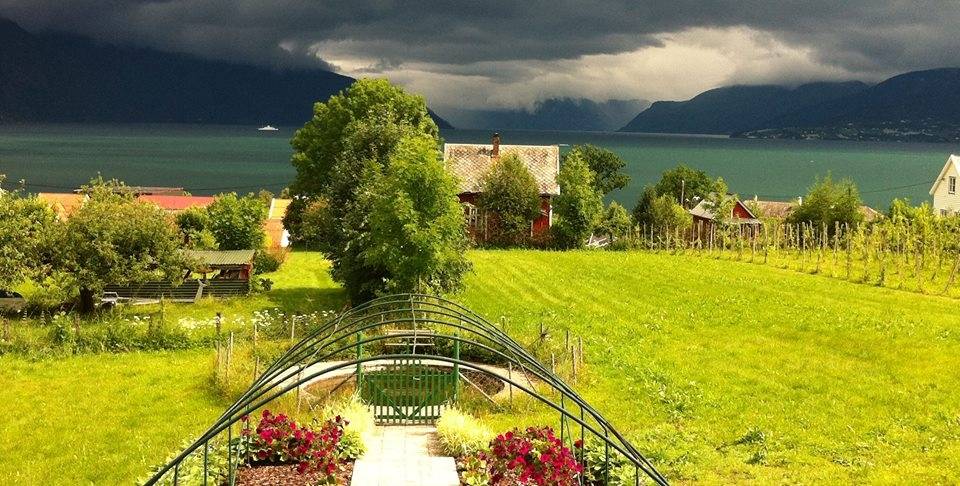 Norway has some of the best conditions to produce world class apples.  A cold climate with a long ripening period is key, and during the high season the apples are exposed to nearly 24 hours of sunlight.  This produces crisp, juicy apples with lots of sweet fruit.

While I don’t have a Norwegian cider to enjoy while writing this article, I picked up a cider local to me, from the Hudson Valley of New York.   As Hardanger, New York is known for apples (and is the second largest apple growing state in the country), where both regular and hard cider is produced throughout the state, as well as a variety of other apple products.

This particular cider is made at Breezy Hill Orchard in Staatsburg, NY by a female cider maker, Elizabeth Ryan.  She made the :God Speed the Plough” from a blend of Dabinett and heirloom Hudson Valley apple varieties as a homage to the European style ciders,  and is unfiltered and bone dry.   I would pair this with the carrot lox recipe I posted a while back (posing as faux smoked salmon) , some nice crusty bread and perhaps the vegan “leverpostei” (pate), for a nice snack.

I look forward to looking up a true Norwegian cider when I leave to go home in a week and will report back on my findings!

← Announcing first ever vegan tour of Norway in partnership with Up Norway! Aquavit; the history and tradition of the Norwegian "water of life" →