It has been nearly two years ago since I posted about Norwegian pancakes on this blog, where I included a traditional recipe which included eggs and milk, you can read that post here. A lot has happened since, the most important thing has been my decision to adopt a plant based diet.  Initially I was slightly worried I was not going to be able to supply true Norwegian recipes, because let’s face it: 95% of all dishes from my country contain one animal ingredient or another…  Diving into test mode a bit further, I was relieved that not only can I make a lot of the old, classic recipes without resorting to butter, milk and eggs, I could recreate them to taste exactly the same way, and sometimes even better!

In place of eggs, I use flaxseed mixed with water, often referred to as “flax eggs”.  It looks something like this and acts like a binder, just like eggs do: 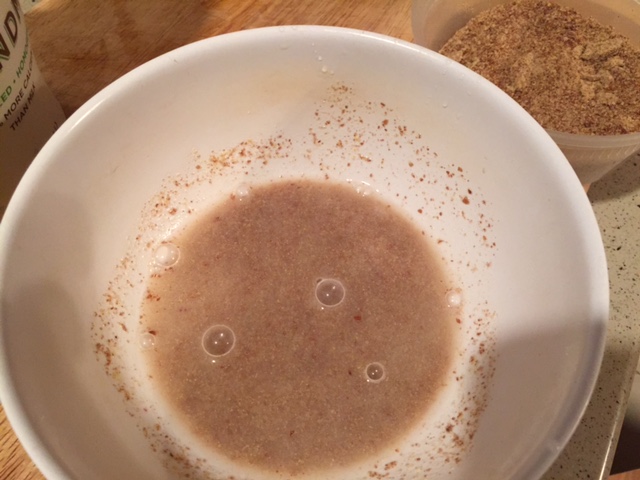 Here are some of the other ingredients I added into this batter: almond milk, maple syrup, good quality, organic all purpose flour, and the secret ingredient to all the tasty Scandinavian baked goods: vaniljesukker, or vanilla sugar.

In Norway, pancakes are thinner than American pancakes, and enjoyed for dinner, not breakfast, and typically filled with blueberry jam and accompanied with a savory vegetable soup, such as “beta suppe” (although this often has meat in it) or green or yellow pea soup. The combination of sweet and salty is heavenly,  very filling and most importantly, satisfies all the taste buds. 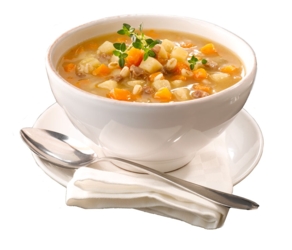 This recipe for pannekaker is very versatile and can be used both for savory and sweet pancakes – simply omit the sweetening agent and the cinnamon if you prefer them savory. I personally like a bit of a sweet batter, regardless of what I choose to stuff them with.   These are super soft, juicy and delicious, all without adding eggs or milk!

In a medium mixing bowl, combine all the dry ingredients.  In a smaller bowl combine all the wet ingredients, then gradually add into the dry mixture until well incorporated and the batter is free of lumps.  The batter should be relatively thin in texture.  If too thick, you can add a bit more water/almond milk /plant based milk of your choice.

Let the batter rest for about 10-15 minutes before you begin cooking them.  Add a bit of oil (not too much) or vegan butter to a frying pan and carefully pour in the batter with a ladle.  When the surface starts drying out, flip the pancake and finish cooking on the other side until golden. Repeat.

Top with blueberry jam, fresh fruit, maple syrup, sauted vegetables or topping of your choice – roll them up into a sausage like concoction and chow!

← Pepperkaker: a staple on Norwegian Christmas tables Kålruletter: An Old Norwegian Recipe Gets A Lift →